Results & Experience You Can Trust!
43 Years of Experience
Over $100 Million Recovered
Contact Us for a Free Consultation
Home
General Immigration Information
Immigration Reform 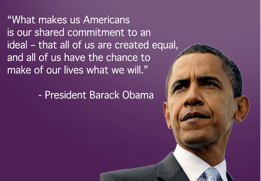 On November 20, 2014, the President announced a series of executive actions on Immigration. This new executive order will allow approximately 11 million immigrants around the United States to apply for temporary residency and work permits.

These initiatives on immigration include the following:
Special Update From the United States Citizenship and Immigration Services

How To Find An Experienced Immigration Attorney

Update: Due to a federal court order, USCIS will not begin accepting requests for the expansion of DACA on February 18, 2015, as originally planned and has suspended implementation of the Deferred Action for Parents of Americans and Lawful Permanent Residents. The court's temporary injunction, issued February 16, 2015, does not affect the existing DACA. Individuals may continue to come forward and request an initial grant of DACA or renewal of DACA under the original guidelines.

We offer an absolutely FREE & confidential consultation There are many easy ways to contact us:

There is NO charge for our initial consultation – it is absolutely FREE and confidential!

We look forward to speaking with you and helping you resolve your immigration legal problems.

Our immigration web site pages were prepared when our personal injury & wrongful death law firm also provided assistance to some of our clients with immigration matters. Our law firm does not do that any longer. Our lawyers and law offices continue to concentrate in handling serious injury and wrongful death cases in Los Angeles, the San Fernando Valley, Orange, Riverside, San Bernardino, Ventura and all of California resulting from car accidents, truck accidents, motorcycle accidents, bicycle accidents, hit & run and uninsured motorist (UM) and underinsured motorist (UIM) accidents, dog bites & dog attacks, premises liability accidents including slip & fall, trip & fall and burn injury cases. Our lawyers have handled personal injury and wrongful death accident cases for over 40 years. We have successfully resolved thousands of injury accident claims over that time, with a success rate better than 95%. However, if you need any immigration help we are happy to refer you to an immigration lawyer. Meanwhile, we have left these pages on our web site with this notice to continue to try to provide some useful general information to the public. As always, the information in this web site is general information only that is not intended to provide nor should it be relied upon to provide specific advice for any specific legal matter as, among other reasons, all facts and circumstances should be considered. You are advised and encouraged to consult with an experienced attorney for specific advice about your particular personal injury, wrongful death, accident, immigration or any other legal claim, case or matter. If you ever need any help or legal advice, please call us now at 818-222-3400 or 1-866 INJURY 2 or simply click here to reach us 24/7. On injury accident cases our initial consultation still is absolutely FREE and we work on a contingency fee. That means we do not receive any fee until we win. And then the fee comes out of the recovery which means that the fee is actually paid by the insurance company and does not come out of your own pocket. If you have any questions, please let us know. We look forward to helping you.

Contact Us
Practice Areas
Translator
Hablamos Español Haga Click Para Traducir
Legal Advice
Client Reviews
★★★★★
You guys did a great job in settling my case! Hope you all do well and prosper. Thank you for a job well done. Jackie C.
★★★★★
We had two prior attorneys who were unable to settle our car accident case. We then hired Gary and Robert Walch and they not only got us both great settlements, but personally spent time with us explaining everything clearly. We couldn't be happier. Thank you! A.M. and M.A.
★★★★★
Dear Gary, I just want to thank you for working so hard on my case! I know at times we were a bit difficult, but you did a great job. I thank you and your son for good results. I will pass your number on to any one that I run across who may need a PI attorney! I send you warm regards. Julie B.
★★★★★
Dear Gary, I just wanted to tell you how much I appreciate all your efforts on my behalf. The car accident was a very traumatizing experience for me. But knowing that I could trust you and your son, Robert, helped alleviate my fears and worries. Carmella C.
★★★★★
Thank you for all of your hard work and thank you for making it so easy over e-mail for me. I'm a busy working mom of an Autistic 5 year old son and you guys were great. I will definitely recommend your services to family and friends. Edna G.
View More
Submit a Law Firm Client Review