PERSONAL INJURY LAW 45 YEARS
Open During COVID 19. Call Us Now at 866-INJURY-2 or 866-465-8792
Results & Experience You Can Trust!
45 Years of Experience
Over $100 Million Recovered
Over 98% of Cases Won
Contact Us for a Free Consultation
Home
Legal Advice
Advice Where to Place Hands on The Steering Wheel of Your Car When Driving?

Advice Where to Place Hands on The Steering Wheel of Your Car When Driving? 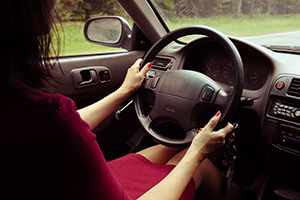 Many of us were taught in Drivers’ Training Courses in Los Angeles and elsewhere to hold our car’s steering wheel in the 10 o’clock and 2 o’clock position while driving cars. The primary reason for this technique was to have better steering control of the car or other vehicle that we would be operating. However, this thinking eventually changed with the implementation of airbags.

In 1998 the United States federal government required airbags to be installed in new passenger cars. And according to a 2013 report of the National Highway Transportation Safety Administration (NHTSA), airbags located in the front of passenger cars saved an average of 2,336 lives annually in the years from 2008 to 2012. Clearly, front airbags have added a significant element to our safety while we drive.

But placing hands at 10 o’clock and 2 o’clock on our steering wheels has been shown not to be as safe as we were taught in school when driving a vehicle with front airbags. Why is this?

In fact, the deployment of front airbags in car collisions (such as occurs in multi-vehicle rear end accidents when one car is struck from behind and pushed into another car so that the front airbag sensors are impacted on the cars that hit the rear of the cars in front of them), striking hands, forearms, chests, jaws and faces have caused various injuries, including broken noses, injured jaws (sometimes with temporomandibular joint injury, abbreviated TMJ injury), concussions, finger and hand injuries, sometimes even fractures and finger amputations, and other serious injuries.

When a front airbag is triggered by a collision then deployed, usually in rear end accidents as already described above, when the vehicles’ front sensors are impacted, the process is that extremely hot nitrogen fills the front airbag, this airbag then expands directly towards the driver at about 150 to 250 miles per hour, forcing the plastic cover on the steering wheel to open, causing some injuries (as described above), purportedly much less significant injuries than may occur without the deployment of such airbags, such as fatalities which may result in a wrongful death claim against the other driver, manufacturers of the vehicle and/or airbags, and by passengers against the driver of the vehicle the passengers are in.

Should you be injured by an airbag deployment or other car injury accident, you should contact us right away as we offer an absolutely FREE consultation. Remember, there are time deadlines to file claims and to settle or file suit so please contact us now before the statute of limitations may bar, prevent and destroy your claim. 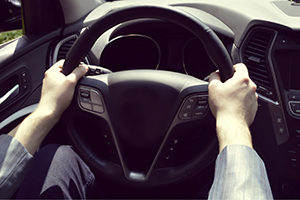 In addition to avoiding hands and arms being violently thrown into the driver’s face and body, sometimes violently breaking bones, holding the steering wheel lower adds to comfort and better blood circulation.

Next time out driving, try to safely watch other drivers and see where they are holding their steering wheels.

DRIVE SAFELY AND ALWAYS USE SEAT BELTS AND SHOULDER BELTS EVEN IF YOUR VEHICLE IS EQUIPPED WITH AIRBAGS!

We hope you learned something new and useful from this article.