PERSONAL INJURY LAW 45 YEARS
Open During COVID 19. Call Us Now at 866-INJURY-2 or 866-465-8792
Results & Experience You Can Trust!
45 Years of Experience
Over $100 Million Recovered
Over 98% of Cases Won
Contact Us for a Free Consultation
Home
Attorney Profiles - Our Partners​
Gary ​K. Walch 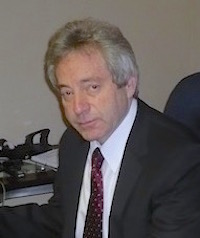 The founder and senior attorney of our personal injury & wrongful death law firm, Gary Walch, has been a licensed attorney in California since 1975, and is President of the Law Offices of Gary K. Walch, A Law Corporation.

Gary Walch heads his law firm's personal injury and wrongful death legal team that has been handling serious injury accident claims since 1976. Anyone who knows Mr. Walch will tell you that he is passionate about the law and his clients. He loves explaining how the process works, being sure his clients are fully advised and prepared, and receive the very best result possible. To see what others have to say just view some of our Testimonials.

Mr. Walch has for more than forty (40) years personally and in association with other attorneys handled and successfully resolved thousands of personal injury claims, through negotiation to trial when necessary, including settlements, mediations, arbitrations, trials and verdicts with recoveries in excess of $100,000,000.00.

Mr. Walch graduated from the UCLA School of Law in 1975 and in the same year was admitted to practice law in California. He has been a member in good standing with the California State Bar continuously since 1975.

Mr. Walch is licensed by the California State Bar to practice law in all of the state courts in California, including the California Supreme Court, as well as the United States Federal District Court and Federal Court of Appeals, 9th Circuit.

Mr. Walch was also selected to Top Lawyers In California, based on highest ethical standards and professional excellence.

Mr. Walch is also a licensed California Real Estate Broker. He volunteers considerable time to the community and non profit organizations, and has served as President of the Board of Directors of his children's school and Homeowners Association, and on the advisory board of two local paralegal colleges. He also is an Eagle Scout (Boy Scouts of America) and for many years coached Little League baseball, soccer and basketball.

It is easy to get a FREE consultation:

With our firm, there is NO fee on injury claims until you WIN!

We look forward to speaking with you and helping you resolve your legal problems.