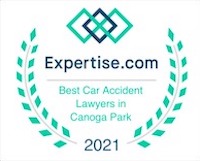 You enjoy taking your kids to Warner Center Park whenever it’s nice outside (which, let’s be honest, is most days) but you’re not so thrilled to see so many off-leash dogs. It’s not exactly a “dog park,” but you understand there aren’t too many places to take your dog in Canoga Park. Although you’re a cat person, you still like dogs but you also want to ensure your kids are safe while they climb on the jungle gym or go down the slides. So, what happens if someone’s unrestrained dog decides to sink its teeth into your child’s leg? Even if the owner reasonably doesn’t expect that to happen, it’s always a possibility.

California holds dog owners responsible for the actions of their dogs, regardless of their past, in a few different ways. If you or your child is injured by a dog bite, the first thing you should do (after seeking medical attention) is call a winning Canoga Park dog bite injury lawyer at Walch Law. We love dogs but we also know how dangerous they can be at times and will work hard to get you paid the absolute most following your dog bite. Want to know how much your case is worth, how long it will take to get you paid and where you can get medical help on a lien? We can answer all those questions and more, call now.

Let’s say the owner has their dog on a leash and is following all other rules and guidelines for handling their pet, but it somehow is able to bite you and cause an injury. Let’s also assume the dog has no history of violent acts. Despite these factors, the dog owner is still financially responsible for your injuries via strict liability. This means the injured party doesn’t have to prove that the dog owner acted negligently or that the dog has done something similar in the past. However, this only applies to injuries from dog bites.

As you may have suspected, there are some exceptions to this rule. Strict liability doesn’t apply to the following scenarios involving dog-related injuries:

If the dog was being walked by a friend, neighbor, or professional dog walking service, liability for dog bites would still be attached to the owner. And if the injury wasn’t a bite, but perhaps a serious scratch or some other injury, the owner would not be strictly liable. But they still could be held liable if their negligence led to the non-bite injury.

Since not all dog-related injuries are caused by bites, and even bite-related injuries can be the result of owner negligence, there is another way to seek compensation when strict liability doesn’t apply. For instance, let’s say your child was knocked over by a rambunctious rottweiler who just wanted to play but didn’t understand its own strength. If your child, for instance, falls on the pavement after being knocked down and gets a concussion, the owner may be held liable for negligence per se if they ignored a leash ordinance or otherwise failed to act in a reasonable manner.

You’ll have to show the existence of the following elements in order to prove negligence per se:

In fact, you Canoga Park dog bite injury lawyer could file claims under both strict liability and negligence per se even for a dog bite (if both apply) just to strengthen your case.

Your claim will ask for monetary compensation for the specific losses you’ve suffered as a result of the injury caused by a dog’s actions (and the owner’s negligence, if applicable). These are referred to as damages. Most damages can be tied directly to expenses you’ve incurred from the incident but others are more abstract in nature. Damages for dog bites and other injuries may include (but are not limited to):

It’s good to know that dog owners are strictly liable for injuries caused by dog bites, which in a perfect world encourages owners to keep others safe from their pets. But it doesn’t always work out that way. If you’ve been injured by a dog bite, call the Law Offices of Gary K. Walch, a Law Corporation to learn more about your legal options.